Hating hipsters (and worst cup of coffee, ever) 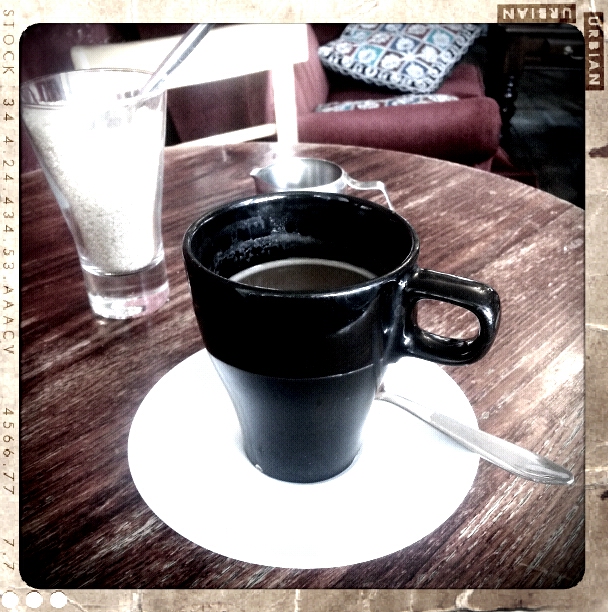 It has come to my attention that one of the key urban trends these days is “hating hipsters”.
This phenomenon is caused by the disgust felt when whole swathes of neighborhoods suddenly experience an explosion of the following:

followed shortly afterwards by a viral nuclear level explosion in the rents of shops, studios, flats and pavement inches.

Now, I can’t say that I personally hate hipsters. In fact I find the very word itself to be suspiciously retro enough that the hipsters themselves no doubt revel in it. I suppose the only difference between me and then is that my parents don’t support me at all and never have and I am too old to give a crap about being trendy. In fact even when I was not too old I took a sheer delight in being off trend.

I digress. What I wanted to show you was a photo of the worst cup of coffee, ever. I had it in a hipster joint on Mare St near to Space Studios. It was weak and cold. I complained and was told it was supposed to be that way as it was a gourmet blend. It cost me £3.50 /$5.74 US / 4.24 euros

I have lived in this hood for quite  awhile and I remember the days when you could not get a coffee for love or money (only Nescafe from workers caffs – till about 3 pm in the afternoon). I don’t wax nostalgic for those days. They were actually shit. But there is a limit and we have hit it….

I do hate postmodernism though., But that’s a whole other blog post.