I am reorganizing my book shelves and I find CINEMA 1 and CINEMA 2 by Gilles Deleuze. I read them and perhaps I ingested them, years ago and they have been mouldering in a corner ever since. Now when I look at them I’m thinking “Why did I read this?” and “What benefit did I take from reading this?”

What I want to know is, in the intervening years since I read these texts, have they been of any use to me whatsoever in making films, watching films, thinking about films, or teaching film studies?

At film school, I never really liked film theory. I read the stuff the lecturer gave us to read because I had to, because I hoped it would be useful, because I really couldn’t bear to get lousy grades on anything. But it was by far my least favorite subject. On the other hand, I really enjoyed media theory, especially digital media theory and political theory. *

During my four year humanities degree majoring in history, I did a minor in philosophy thoroughly enjoyed it. I even enjoyed a particularly difficult course I did in epistemology and metaphysics. In all honesty, I spent most of those lectures, staring out the window at the particularly gorgeous view from the Buchanan building at the University of British Columbia. However, my professor managed to embed some really important analytical philosophy and logic into my landscape – adoring brain and somehow it stuck. So not opposed to philosophy. In fact, one of my favorite films is examined life by Astra Taylor. It manages to be very interesting, although actually only consists of is long speeches by different philosophers. But it’s  amazing. If you haven’t seen it, I recommend it and I defy you not to see fascinated particularly by Cornell West, Martha Nussbaum, Peter Singer and Judith Butler. I hadn’t been aware of Butler before and after seeing this film. I went and read her book gender trouble. Quite a difficult book, I have to say, but it was worth reading.

And the Plato / Aristotle stuff I did in Philosophy 101 is still with me. As are Hobbes, Marx, John Locke, JS Mill, Sartre … I went and visited the graves of Sartre and de Beauvoir last autumn. 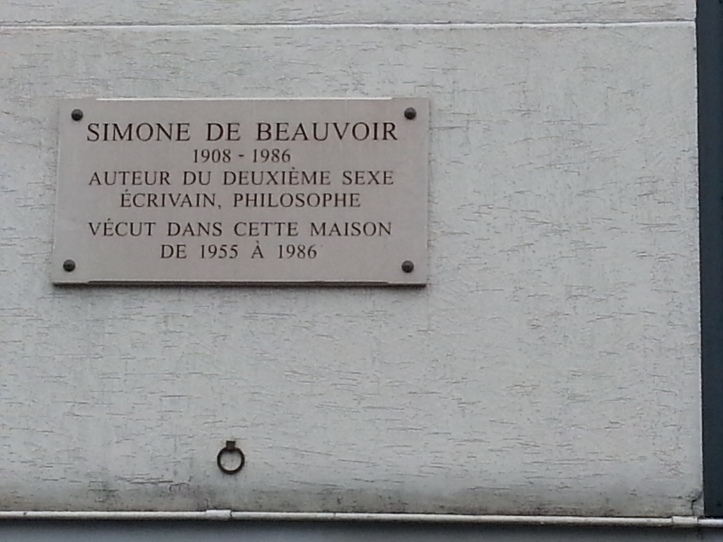 So why am I so resistant to  Gilles Deleuze? I think probably is because I really like movies. I mean, I love them. Since I was a kid one of my absolute favorite pastimes is been to watch movies; you know, waiting for the parents to go to bed then sneaking downstairs to watch the late-night movies, particularly European horror. While I was growing up TV was showing a lot of European horror and my brother and I used to sit there, frozen in terror, lapping up  Dario Argento.

The problem with Gilles Deleuze is that reading him sucks all the enjoyment out of watching movies, by his pontificating so utterly obscurely, yet also so drearily. I suppose it probably is useful to people who are actually going to be spending their life thinking in critical theory. But as an actual filmmaker, I just never found it useful. To be fair, I don’t think Deleuze ever expected  his book to be used by anybody expect philosophers; he probably didn’t expect filmmakers to bother with it. And I would hazard a guess, that he didn’t expect people to have to read it, or any other critical theory, if they want to become filmmakers.